Principal for the Day 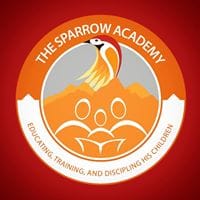 15 Jan Principal for the Day

On occasion our Sparrow Academy director Elena Faulkner will need to be out of the office at the Academy and I get to fill in as the “Principal for the day”.  As I type this I can hear a collective laugh of all of the teachers who sent me to “the office” over the years.  I dare not name them, but they know who they are and they were right to do it.

One of these days we had a young man who could not stop fighting with other students.  He had started four fights and we were only two hours into the school day.  He is a young man who has dealt with physical abuse at home and has been abandoned by several family members. And he was angry.  Not subtly angry.  Overflowing with anger.  Often times these emotions come out at school because the students feel safe there.  They don’t know how else to communicate their very intense emotions, and they erupt.  In this case violently.

I pulled him into the office and had him spend the day with me.  He had to be restrained for a bit and then he sat on the floor seething in anger while crying.  After some time he began to talk about how he doesn’t want to go home.  He would much prefer to sit in the office alone.  It was not a time to preach or even attempt to unpack the difficulties that this young man has faced in his short life.  I felt helpless.  No perfectly worded questions came to mind to bring this situation to a beautiful end. How many times have I tried to solve situations where God wants to work.  Too often…

After some very awkward silences only broken up by teachers coming into the office for supplies, God stepped in and showed a path.  He placed the 23rd Psalm clearly on my heart.  I printed it off and had this young man write it on the large white board in the office.  He took his time.  He wrote it beautifully.  At times he seemed to stare at the sentence that he had just written.  He was quiet and peaceful.

After he had completed the six verses that make up the chapter I had him sit back down.  He was still staring at it like a work of art.  I asked him to read it through slowly and tell me if any words popped out at him.  And then if there is a phrase that goes with it that is “speaking” to him in some way.  As he approached the white board to begin the exercise I could tell immediately that he was laser focused.  I received a phone call that lasted about 15 – 20 minutes and after I hung up the phone I looked up and his face was glowing.  I asked him to tell me about the phrase or word that stood out.  He pointed to the the sixth verse:

6.  Surely your goodness and love will follow me all the days of my life,

and I will dwell in the house of the Lord forever.

Then he zeroed in.  He pointed to the word “house” or “casa”.  He said that this is the house that he wants to live in.  (Again, he is glowing at this point) I asked him why he said that, he pensively responded with confidence that it is a house of hope, and love, and the last thing he said was “it’s safe”.  I printed the chapter for him on card stock to take home.  He smiled, loaded up on the bus, and that was a day at the Sparrow Academy.

“God help us openly show people your word so YOU can lead them through your Holy Spirit to your safe and loving home.”