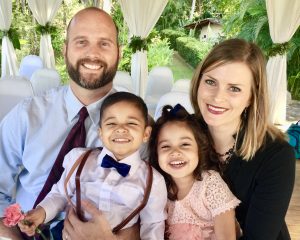 Justin went on his very first mission trip to Panama in 1993, and his heart and life were forever changed. Since then, he has felt a strong calling on his life to be a part of international missions to see disciples made and join in the eternal work for the Kingdom of God. For more than 25 years, he has trained or led thousands of missionaries to more than fifteen countries. In 2009, Justin and his wife, Ashley, moved to Honduras as full-time missionaries in San Pedro Sula. During this time Sparrow Missions was founded.

Justin oversees Sparrow Missions as the Executive Director. Ashley helps lead the women’s discipleship ministry in Rancho Bonito, while also working in the counseling office and teaching at a local bilingual school where their children attend. One of their greatest blessings from God is the privilege of being the parents of boy/girl twins, Aaron and Gracie Ross, who were welcomed into their family at birth and officially adopted in June of 2018.

As a family they have embraced the verse:

“But my life is worth nothing to me unless I use it for finishing the work assigned me by the Lord Jesus—the work of telling others the Good News about the wonderful grace of God.”

Thank you for choosing to partner with the Ross family!  Your gift helps support our family as we seek to further the vision of bringing hope and life transformation to the people of Honduras!  Sparrow Missions is a registered 501(c)3 and all your contributions are tax-deductible. 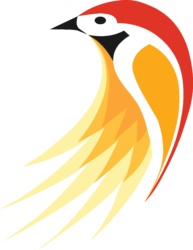