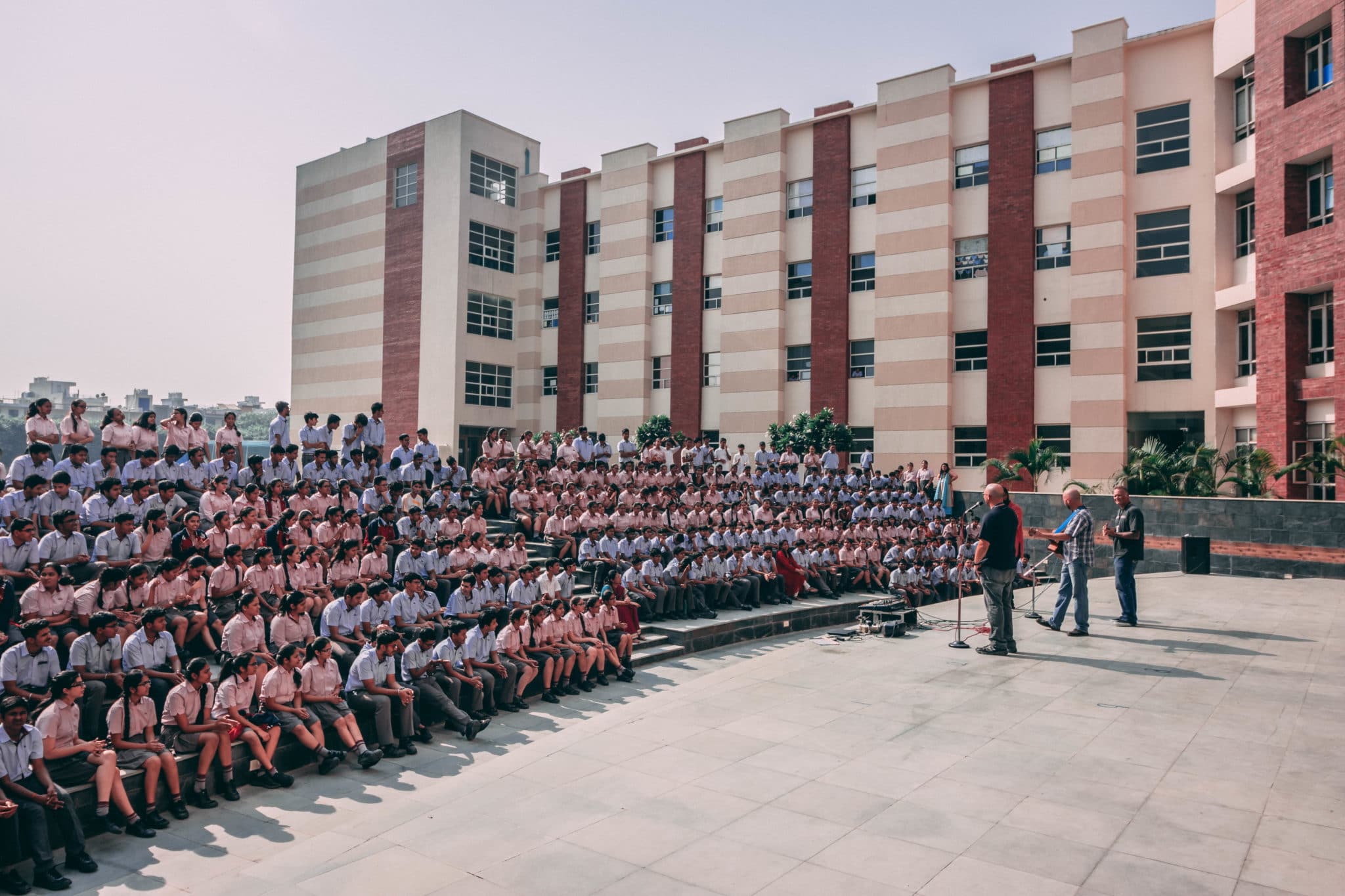 “20 Now to him who is able to do far more abundantly than all that we ask or think, according to the power at work within us, 21 to him be glory in the church and in Christ Jesus throughout all generations, forever and ever. Amen.”

Growing up in church, this is a passage I have heard used in countless sermons over the years, but one that has really become real to me in the past few months.  We have been watching God do some incredible things both in and through the ministry of the Sparrow Children’s Home lately.  Things that only He can be given the glory for bringing to pass.  I have also seen the reality of this verse in my personal life as well through an incredible trip I was able to be part of this past October.  I will go into more detail regarding all of this in a moment, but, before I do, I encourage you to read these verses again and think back to those moments in your life when God, as only He can do, went over and above whatever it was you were praying for.  Okay, do it.  Now, got that moment in your mind?  If not, think harder…because I know it’s there.  Got it?  Good, let’s keep going.  If you’re like me, it is not just one moment that comes to mind, but likely far more than we can even count if we’re being honest.  Fact of the matter is this, no matter how impossible we may view a task or challenge, or how big we think a need may be, there is never anything we can ask of God that He cannot bring about provided it fits within the plan He has set out for our lives.  Not only that, but so many times it winds up being more than we could have ever imagined.

Back in October, I was blessed with the opportunity to travel to Delhi, India with a group of folks from Sparrow and LEAP International (see last Justin’s post last week).  So, my first prayer was that somehow the funds would come in for me to be able to purchase plane tickets and pay for expenses while there.  God literally brought in almost to the penny the exact amount needed to cover the trip.  My next prayer was seeking God’s direction on my role with this team.  Admittedly, I don’t have a broad knowledge on how to play or produce a ukulele, but I knew that God had a place for me in India that week.

Our first full day in country, we were given the opportunity to visit a large private school in Delhi.  All we knew going in was that a few of us would share testimonies and maybe sing a couple songs.  We were advised going into the program to not specifically mention the name of “Jesus”, but that talking about God would be more widely accepted based on the religious makeup of the students.  (For perspective, about 80% of the Indian population are Hindu and close to 14% are Muslim, but only about 2% of the population profess to be Christians.)  My prayer that morning was simply that whether the actual name of Jesus was spoken or not, that He would be glorified through whatever took place.  We did some games with the teens, three of us shared testimonies, and we closed out with some music.  The crowd of teens seemed to be actively engaged in the stories of victory over addictions, restoration of lives and redeeming love of God.  We ended with the song “Open the Eyes of My Heart, Lord”, and you could see a couple of kids in the crowd actually singing and dancing to the song.  So, here we were speaking the name of the Lord with a group of largely Hindu and Muslim teens joining in.  Later, the students were given the opportunity to come up and speak to us individually.  There were kids coming up to us and telling us that they share some of the same struggles and asking how we dealt with temptations, and a few that just thanked us for being there because they said they were Christians too and it encouraged them to have fellow believers on hand to worship together with them.  Wow!  Not only did God hear the prayers we had prayed, but He definitely went over and above what we could have imagined.

In my last blog post back in July, I mentioned that the Children’s Home would soon be welcoming a new house family to the property.  On November 18, the Amador family will officially be moving from their current home in Tela to the open cabana on our property here in Santiago.  I shared in that July post about how we had been praying since before we even moved to Santiago about house parents and that God would lead us to the right people when the time was right.  First, He led us to Chris and Alishia, who continue to be a huge blessing to our ministry and the community of Santiago.  Then, on Christmas day, 2016, He answered that prayer again in the persons of the Amador family.  Over the past year, we have gotten to know the Amador’s very well and have spent time with their whole family, and we literally walk away from each meeting with them so blessed and amazed at how God has answered that prayer for house parents in a greater way than we ever could have imagined.

One more testimony, recently Roxanne expressed to me a desire for us to pray about good education opportunities for not just our own children, but every child on site at the Sparrow Children’s Home.  We began to pray and she began asking around about various private schools in Tela.  As you may know, Tara and Ella (our two biological daughters) are currently enrolled in a private bilingual school in Tela, but, admittedly, the cost of tuition there and the fact that some of the kids we would be sending there are older and would have to learn a lot of English to catch up were both factors that made that option seem out of reach.  However, Roxanne mentioned it to the headmistress one day and suddenly God opened a door to answer that prayer for a school option in a way we could not have imagined.  The public schools in Honduras end this week and on November 27, the Weeks’ children and Amador’s children will enroll in the Blanca Jeanette Kawas Bilingual School in Tela.  The children will receive tutoring in English for the remainder of the BJK school year (which ends in June) to catch them up and Roxanne will go on staff as a personal tutor for any kids behind in their English and she will also be serving as the school’s nurse.  We will be helping the school through some of our short term mission teams as well as in other capacities, and in return the school will be significantly lowering the tuition costs to $30/month so that our kids can be enrolled with monthly sponsorships.  Again, God went over and above!

Now back to that verse in Ephesians 3:20-21.  First off, it is important for us to always remember that regardless of the need or size of the challenge, God, above all, is ABLE to do anything.  The question is never “can He” do something, because we know He certainly can.  He has proven His ability to us time and time again personally and through countless testimonies we hear and read.  We often hear folks use terminology like “well now you’re just showing off, God”, but the truth of the matter is He is just being Himself.  God knows more than what we desire, He knows what we need.  What we need to get through life, and sometimes what we need to grow our faith even more.  Even more encouraging is the fact that verse 20 tells us that this power which is able to accomplish more than we can even imagine is actually at work in our very lives.  It is the power that dwells within us through the Holy Spirit.  And ultimately, it is not we who receive the glory, but rather it is God who is in fact that very power that dwells within us that receives the glory.  We know there is no way on our own we can accomplish these things.  Our limited ability prevents us from asking or thinking or even understanding what it is we need, much less achieving those things on our own.  But, as the New King James Version puts it in verse 20, God alone “is able to do EXCEEDINGLY ABUNDANTLY above all that we ask or think.”  I encourage you to be mindful and dependent upon that power that dwells within us as believers in Christ, and to always remember that God can always do more than we could ever imagine.  And because of that, we should never be afraid to dream big and pray hard.  Maybe those prayers are answered, but even if not, we can rest assured that God will be glorified one way or another.  So when you pray, do so with confidence and watch what God can do…exceedingly abundantly!